The brief from the owners of this lovely home in Violet Town was simply to “tszuj” up what was already there! The pool and the BBQ area were functional, but the old paving had failed and the ‘look’ was rather tired.

We selected a soft limestone paver that would give a lighter and softer feel to the area as well as work in well with the existing brick of the house. The pavers were challenged by the rounded and raised spa area but succeeded with a beautiful edge that would be much kinder to toes! Even the pizza-oven and BBQ bench were adorned with the same pavers to give a streamlined finish.

Old planting around the pool that tended to house snakes was removed. This was replaced with a selection of plants that will be cool, green and low maintenance throughout the year. In time the rear pool fence will disappear behind Boston Ivy and a hedge of Magnolia ‘Little Gem’, and Waterhousia floribunda in the background. Fences never sit comfortably in a large country setting and are best disguised to maintain the sense of endless space.

The visual separation of the BBQ area and the rest of the garden was solved with large format steppers that blurred the finish of one and the start of the other. Woolly Thyme surrounds the steppers to reduce the maintenance and add a fragrant element to the living area.

The final detail was the hiding the clothes line. All homes need a clothesline and preferably as close to the laundry as possible. This happened to be very close to the BBQ area. The solution was a low visual line made from the same materials as the pergola and hide the line quietly in the garden behind. 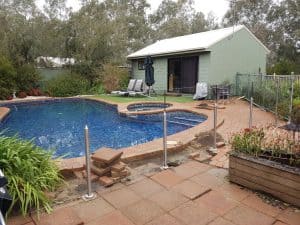 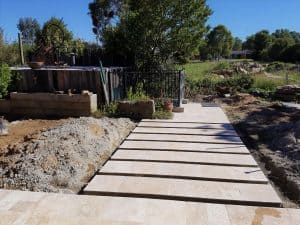 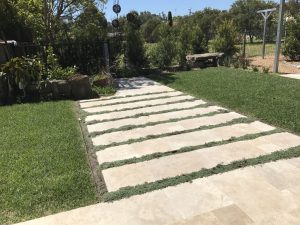 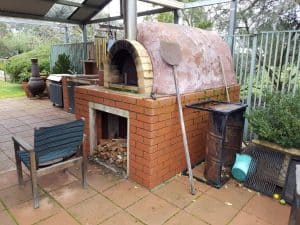 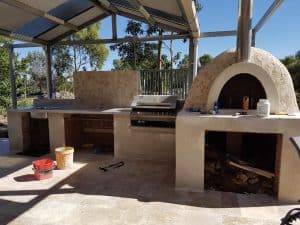 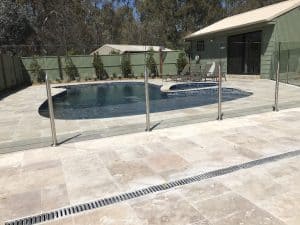 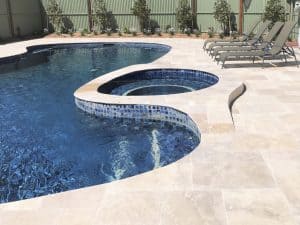 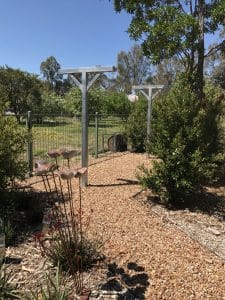 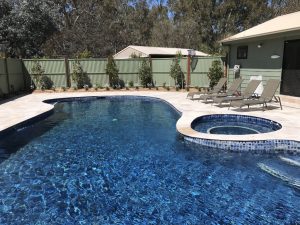 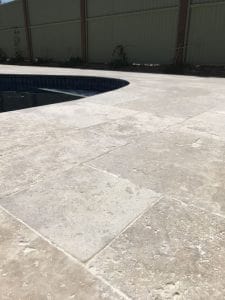