During the Black Saturday bushfires of 2009, this property was totally razed. A lovely home and garden were gone, and the ground was scorched.

The new home was built a few years later. A modern design with Corten clad walls on the street side and glassy floor-to-wall windows to take in the magnificent views out the back into the surrounding ranges.

The client brief was simply “we want privacy but don’t interfere with the views”.

To my mind the brave architecture of the home needed to be the first thing to catch the viewers eye. The garden must match its boldness but not compete with it. The front garden is now a sea of rugged Tuscan rock blanketing the entire garden – a bold and brave statement that was a big as the home. Simple Birch copse plantings and nodding grasses are the only garden-esque statement in the entire front area. Even a front fence was excluded to avoid unnecessary ‘clutter’.

But from within the house, the garden design rules needed to change. The back garden needed to be private, cosy, restful, but must not be the primary focus… no garden was to compete with that view.

So the garden was pushed down the hill and separated from the home by a raised symmetrical lawn that is like the viewing platform to take in the garden and the beyond to the view. Below you can spy a winding path willing you to come down and discover what is there to see!

This garden was opened to the public in 2017 as part of the Alexandra and District Open Garden weekend. 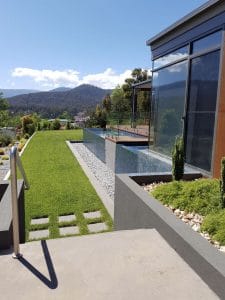 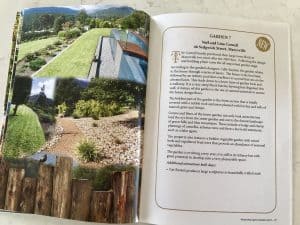 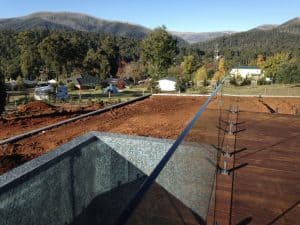 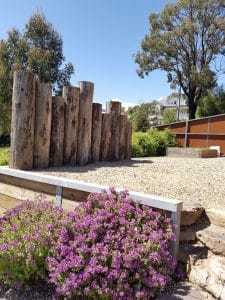 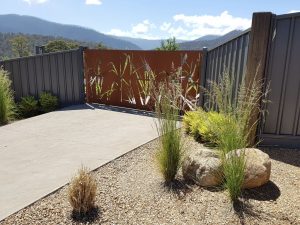 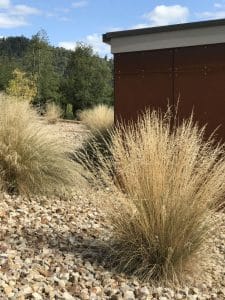 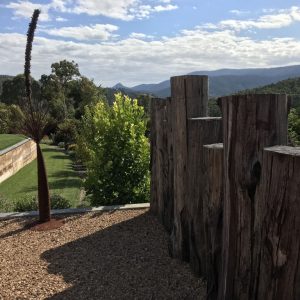 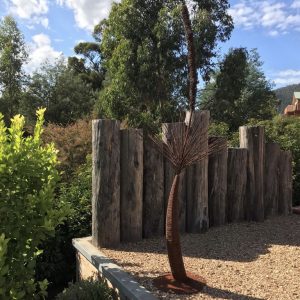 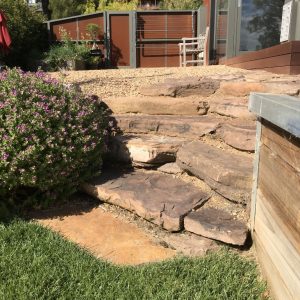 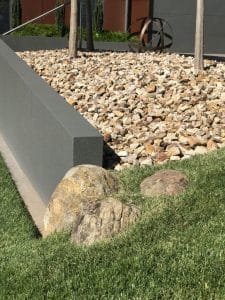 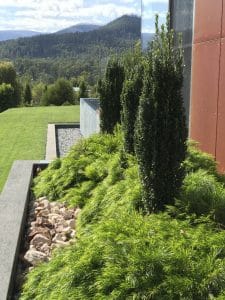 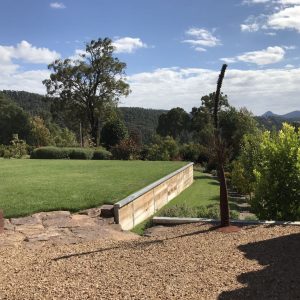 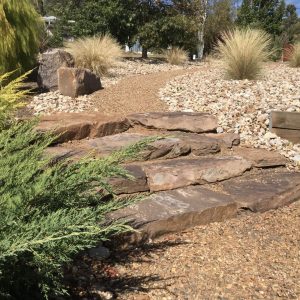 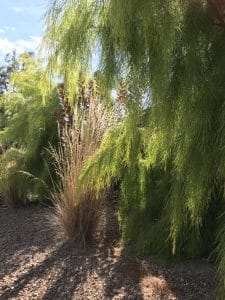 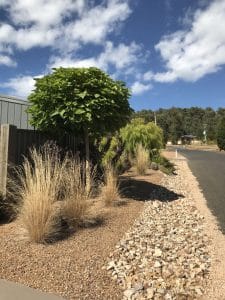 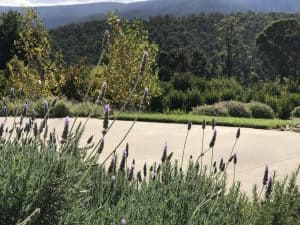 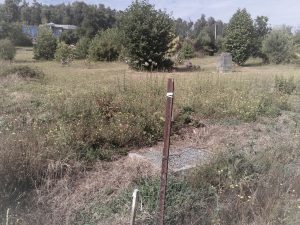