This lovely park started as a railway station for the township of Molesworth in 1889. By 1978 the decline in train passengers meant the rail line was closed, the station was dismantled, and the land retuned to being a paddock.

It was 32 years later that the old rail line was turned into a rail trail for bike riders, horse riders and for those on foot.

The park was not part of the trail plan. It was an active group of locals who saw the benefit to the town if trail users could use Molesworth as a starting point to their journey.

Hidden beneath the long un-grazed grass were remnants of old platforms, buildings and forgotten scrap metal. The goal was to create an attractive park land that included plenty of parking space for cars and horse floats as well as create an attractive setting suitable for picnickers. The locals galvanised and collectively cleared the land to reveal the hidden landscape.

Through a series of working bees, a track was laid, horse mounting yards installed, picnic tables erected, and a perimeter of native bushes and trees created the attractive park it is today. 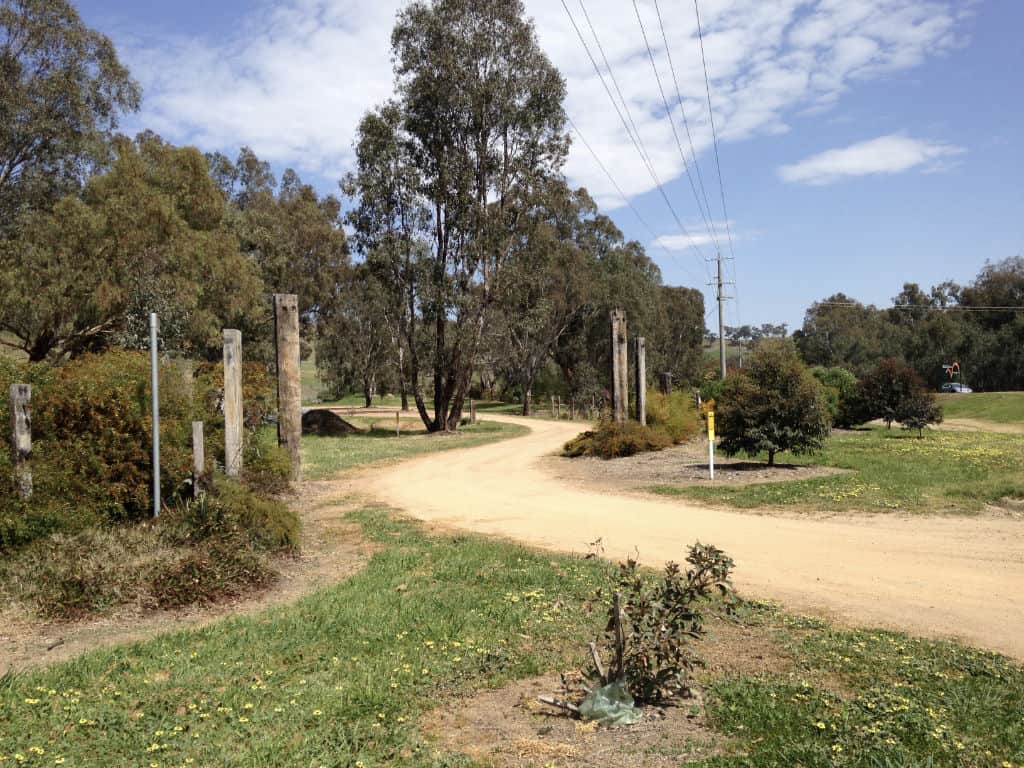